In 1860, a French orchid collector by the name of Henri Mouhout discovered vast evidence of a lost civilization in the primeval forest of Cambodia. He reported about a holy ruin town with gigantic stone head, overgrown and hidden by aerial roots and thick underbrush. Europe was astonished and later the rest of world.

Since that time, the name Angkor stands for mysterious and extensive temple areas in the jungles of Cambodia. Nearly 200 stone faces adorn the towers in the temple Bayon, which is one of the most impressive sacred buildings on Earth. With its establishment 50 years after completion Angkor Wat was begun. 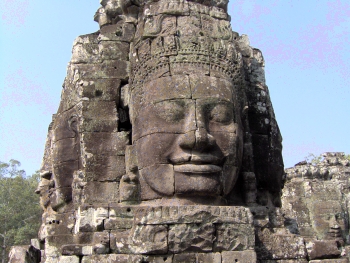 The internalized smile on the monumental stone faces, the famous Angkor smiles are also found again with the Apsaras, also known as celestial dancers. Valid as the greatest creation of Khmer architecture, the Angkor art, which is typical bas-relief in the Angkor Wat mountain temple, surprising and astonishing its viewers. 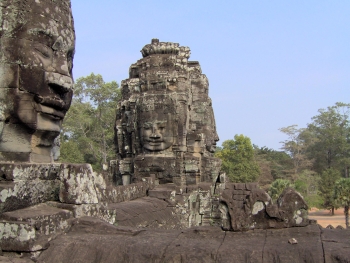 Unfortunately, the Angkor smiles are in danger. Rain, dryness, dangerous gases and salts, lichens and mushrooms are wreaking havoc on the pieces of art. Particularly Apsara and Devata reliefs, the heavenly dancers and goddesses, are acute from destruction threatened by the weathering processes. Layers of the sandstone and shell formation become detached and fall to the ground. 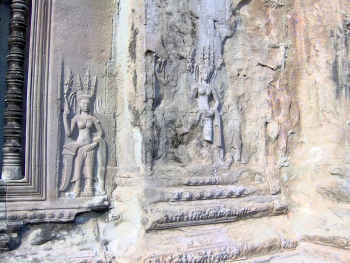 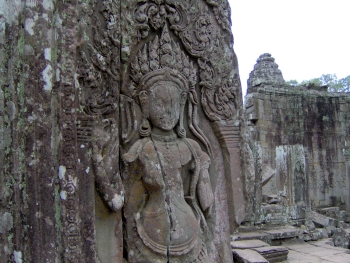 The German Apsara Conservation Project, GACP, for example, has been doing valuable work for several years to counteract this trend of deterioration. 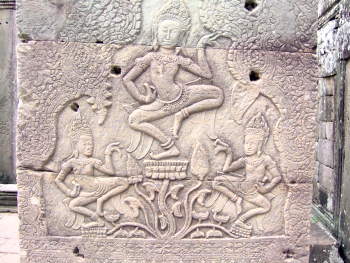 This situation gave the idea to us, “amazing -asian -art”, to receive the incomparable pieces of art in another manner and preserve the ancient mysterious Angkor smile. Together with Thai and Cambodian artists, inspired by the magnificent culture of the ancient Khmer empire, we have now manufactured hand crafted sculptures and bas-reliefs. We now bring you closer to the magic of these bygone, world famous Khmer arts. 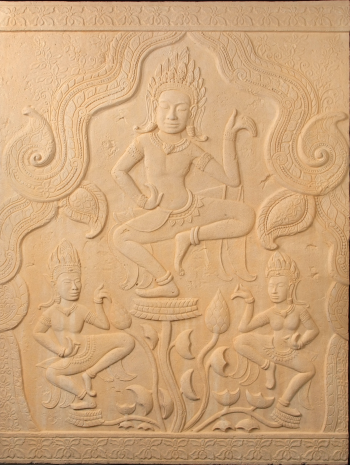